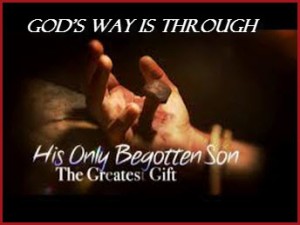 This is where I am at this point in time after a discouraging evening with the evangelism team and as I struggled through Galatians 1 thinking. Here is the struggle….

One of the prevailing answers to the faith question in our culture today is this: we are all on different roads and they all lead to the same destination: heaven. Is this true? If so we might have to discard Jesus’ words “I am the way, the truth and the life. No one comes to the Father but through me.” In fact, Jesus Christ gave himself for our sins to rescue us. It is therefore an astonishing thought to think that one who received the pure gospel message would so quickly desert and follow another gospel which is not really a gospel at all. The reason it is not a true gospel is because it is not the good news but rather one that seeks to put one into the bondage of faith plus works.

Why is that? It is because the true gospel is offensive to our human nature, our pride and our wisdom. We want/need to be in control and are offended when it is God’s way only. Our pride is offended to know that a man died in our place. That removes our self-sufficiency. And it offends our wisdom to think that God would use this humiliating disgraceful death to save us. But the truth is this: “Christ died for our sins according to the scriptures, and that he was buried, and that he was raised on the third day according to the scriptures.” That is the truth of the pure gospel message and although the world considers it foolish God chose that so that we might know that His grace is the all sufficient, all wise way and there is no other way. Which gospel are you following—one of grace alone or one that says grace plus works?

BTW: this will appear on Facebook.com/bible.org on May 1…so any ideas you can offer here would be eagerly anticipated and considered. 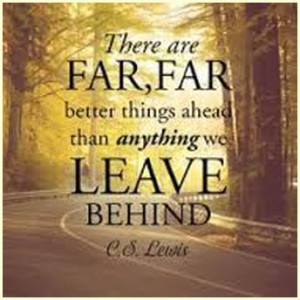 In the last days blatant scoffers will come into our midst proclaiming that which is contrary to the Word of God. They say time marches on just as it always has from creation but choose to deny the effects of sin upon this earth and mankind. They heap unto themselves treasures of silver and clothes which moths and decay will turn to dust or to be given to charity for another. [Job 27]. Yet, we who believe in the power of the risen Christ are commanded to be heaping treasures which will last for eternity. In reality Peter is telling us what we really already know but need reminding: the only things we can carry into eternity are holiness and godliness for riches are uncertain but good deeds, generosity to others and sharing of the truth of the gospel are untouched by the taint of this world.

In addition the scoffers of this world fail to see the mercy and grace of God’s patience in waiting for them to repent and turn to Him. Sadly one day they will stand before God and will hear “depart from me, I never knew you.” May we yearn instead to hear “well done thou good and faithful servant, enter into the joy of the Lord.”

Beloved, where your heart is are your treasures. Are you sending your treasures on ahead to eternity or heaping them up here in a world of rust and decay? 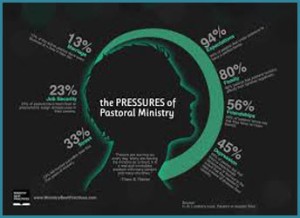 As a fellow elder, Peter exhorts the elders to be shepherds of their dispersed flock. They need to be shepherds that are alert, watching over and leading the flock step by step away from the adversary the devil who is busily prowling around seeking whom he can devour. They are to be exercising their position voluntarily and doing it eagerly as well as be an example. Pray for them to be humble, sober and that they can resist the devil whose allure of the world is tossed before them.

Beloved, if ever there was a time it is now that we must be praying daily for our church leaders as they work to fulfill these huge tasks. Pray for their study time that it be quiet and undisturbed. Further the 23rd psalm gives us ideas on how to pray:

Pray for them as they seek those green pastures where they can lead their flock to find respite from the cares of the world; to have wisdom to help the flock find the quiet waters where they can be refreshed; and pray that they know how to guide the flock in the paths of righteousness. The enemy has placed lions in the road and seeks to undermine the elder’s work and ours as well. That is why we must be interceders and in a mode of prayer for our elders and leaders of our flock.

Peter continues to reveal to the beloved Christ followers how they can live, behave and react to those who live in a darkened world. Our walk with Christ begins in the home and moves on to those beyond to the entire world.

The home is the foundation and what is done there is revealed in how one lives in the church and in the marketplace. Family members must exhibit behavior that will turn the hearts of unbelievers to the Lord. Our walk and talk inside the home prepares us for our walk and talk outside the home. The home is where our lifestyle of harmony, sympathy, brotherly kindness, kindheartedness, humility, forgiveness and blessing will be noted by outsiders. The family is the preparation ground for how we are to answer anyone who asks about the hope we possess. And when and if we are accused and or slandered remember this principle: “if your enemy is hungry, feed him; if he is thirsty, give him a drink; for in doing this you will be heaping burning coals on his head.” [Rom 12:20] for in doing so we are following the principle found in the first chapter: Be ye holy as I am holy. That is the imperative that will win others to Him.

Today, is your home a sanctuary where you are living out a lifestyle that will turn the hearts of unbelievers? If they should ask why you live, behave and respond as you do what would be your answer?

In the early hours of the first day of the week the women who had stood at the cross and “wondered” are still “wondering” at what has occurred.  As they walk to the tomb where they had seen their Master lain they “wonder” again at who will roll the stone away. When Lazarus had died, Martha reminded Jesus that it was four days and he “stinketh.” Did these women not “wonder” if their blessed Master also even after three days “stinketh”? Had they not stayed to see Nicodemus wrap Him with the 70 lbs of spices? BUT, they are undeterred in their quest to honor the Christ. And so as they continue to “wonder” they come upon the tomb with its entrance not closed but open and a young man dressed in a white robe. Again they “wonder” as he reminds of that which they had dismissed or forgotten: “But after I am raised, I will go ahead of you into Galilee.” [Mk 14] The young man tells them that the one they look for is no longer there, he is risen and again they “wonder” and so it is that as if he notices their bewilderment and so says if you don’t believe my words come and see just like Jesus had said ‘if you do not believe me, believe because of the miraculous deeds themselves.’

Beloved, no longer “wonder” but believe. The crucified Christ is no longer on the cross, He is not in the tomb, “He has been raised!” Look at where he was and believe.

Now as Jesus is in the temple the rich in their long flowing robes and outward but false piety come to him to test him about money. But, Jesus knows their hearts and to their amazement he not only answers their devious question but challenges them to look within their hearts. They leave amazed at his answer but not before they drop their abundance of coins in the treasury box. It is then that Jesus takes a break and sits to do what he loves most, people watch. His attention is riveted on the widow who comes and drops in two small copper coins. This is a teachable moment that must be grasped for the disciples. Analyzing the scene He explains: “they all gave out of their wealth. But she, out of her poverty, put in what she had to live on, everything she had.”  Others may have taken this opportunity to chide her saying why not keep one to provide for your needs? But she might answer; this is what I desire to do for God—from my heart. God cares for the ravens will He not care for my daily needs?

This is the question we all must ask ourselves. Do we truly trust God for “ALL” our needs as she did? She knew this truth and lived it:  “Blessed is the man who trusts in the Lord And whose trust is the Lord” [Jer 17:7]

three disciples out of the 12 to accompany him to the mountain top. Each would later draw strength from this as their message of encouragement to others.  Peter, the denier would later write: “we were eyewitnesses of His majesty.” And John would write: “we saw His glory, glory as of the only begotten from the Father…” James would draw strength as he faced the sword of Herod. God gives us these mountain top experiences as His powerful picture that the goal is not the cross but only its path to glory.

Why did Jesus reveal this to just three of his disciples? Perhaps because he knew that soon Peter would deny him; James would be beheaded, and John would be the one chosen to write the Revelation of the Transfigured Christ. Recently a precious friend left his earthly dwelling and now sits at the feet of Jesus. As I pondered this I considered this thought: Jesus’ Transfiguration has given each of us  a glimpse into what awaits each believer at death which is comforting for those that are now grieving but also a picture of what we can become even now as we reach our mountain top with him.In addition, Paul gave us a glimpse of what will happen at death:  1Co 15:52 in a moment, in the blinking of an eye, at the last trumpet. For the trumpet will sound, and the dead will be raised imperishable, and we will be changed. Did you grab that thought? We will all be changed just as Jesus was changed on that mountain top and forever changed these men’s lives.

But until then we must return to the valley but are reminded that it is a process as Paul reflected: “And we all, with unveiled faces reflecting the glory of the Lord, are being transformed into the same image from one degree of glory to another,” And now the crux of the whole purpose! We return from the mountain top so that we may reflect God’s glory before the world that we inhabit day by day.

Only the transfigured Jesus has the power to change us from the inside out for He is the Messiah, and why we are to “listen to Him.”