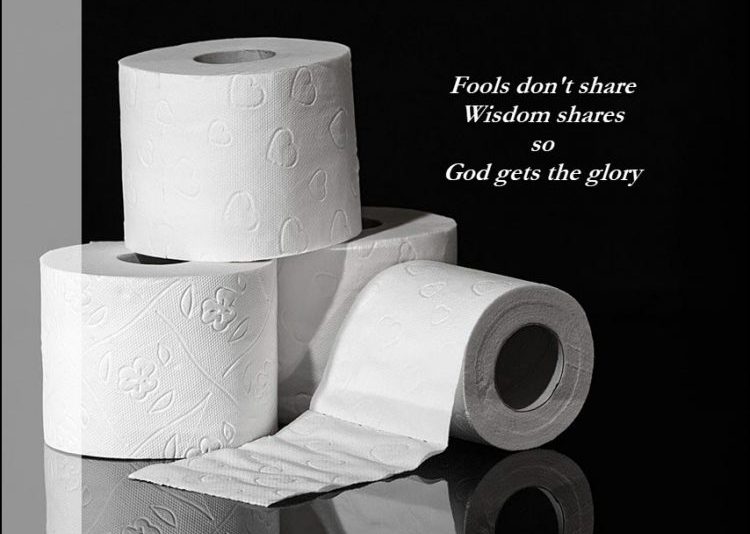 1Samuel 25 to 28 Today’s COVID-19 is yesterday’s Nabal’s. Today many who go to the market but find the shelves bare and the person in front of you has the last package of toilet paper. Tempers rise, and the next thing you witness is a free-for-all in words and actions.  This is Nabal to a ‘t.’

Sometimes God sets out to protect his own even when they don’t think they need it. While David is caring for Nabal’s sheep, the fool Nabal cares only for his roll of ‘tp.’ He is a fool and selfish.  Nabal refuses to bless David for caring for his sheep.  When David’s men return with a ‘no’ answer, he makes a rash vow to rid the planet of Nabal just because he wouldn’t share. That is when God steps in sends in His cavalry in the most unexpected form: Abigail, who is “wise and beautiful.” She had planned for such a time as this and quickly prepared dinner for David and his men. While David is grumbling about Nabal, God is preparing a feast to humble him. It was Abigail’s plea that opened his eyes.

Back home, Nabal is feasting on his foolish response. But, God did not forget, and Abigail wisely said nothing until Nabal was sober. In the morning, Abigail tells Nabal that she provided dinner for David and his crew. Like Eli, Nabal had a stroke; dying ten days later. He had plenty to share, but it was his wife that got the glory.

There are lessons for us: share while you have plenty, be careful of your words; you may have to eat them. God uses the most unexpected person or persons to humble us when we fail to consult him.

One Reply to “Are you a fool like Nabal?”