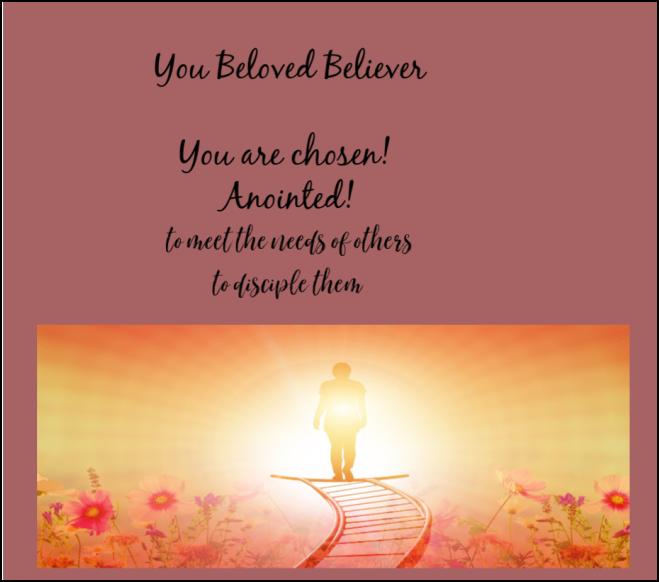 Isaiah 61 Have you heard or even voiced: what does God want me to do? I feel like I am spinning wheels and have no direction. Messiah didn’t have that problem so why do we? Perhaps the key is in knowing that you have been anointed – selected, elected for the service of the Lord.  Peter writes:  But you are a chosen race, a royal priesthood, a holy nation, a people of his own, so that you may proclaim the virtues of the one who called you out of darkness into his marvelous light. John wrote:  Nevertheless you have an anointing from the Holy One, [1Jo 2:20]

Messiah knew his calling, his anointing, the reason God chose Him. He was sent to see into the hearts of men the desperate need for healing of the soul, mind and the body too. You, as His child, are also anointed to fulfill these same areas of need in the lives of those around you. It might be a mother who sees a child who has made a wrong choice, a father who has lost his job, a pastor who is drained from the heavy responsibilities of his position, a missionary in a far off land that is lonely.

Remember, if Jesus needed the Holy Spirit’s anointing so do we so we can fulfill the great commission. You are anointed precious believer!

0 Replies to “Anointed For Service”