Races are one of our all-time gatherings. People rally around the racers and discuss who will win and why they chose that one person out of the whole crowd. In the church, we call them the “holy huddlers.”  Our favorites give us personalities and they give us something or someone for whom to root. Yet in the midst of this hoopla, there are those who have trained and yet are the last to cross the finish line. We see it in Christianity as well so it is not relegated to sports. So here’s the question:

What sets you back and what keeps you on track, spiritually speaking, in your “race” to be a disciple of Jesus? Do you find yourself crawling out of the slough of despond which is stagnant and murky with algae hiding dangerous critters, a.k.a the wiles of the devil? Truthfully, often it is the lack of hunger and thirst for God’s Word and trusting Him to do His work.  But, not Ezra! He willingly chose to devote himself to the study of God’s Law, then to observe it as commanded, and lastly to teach others to follow his example. [Ezra 7:10] Those are nearly the same words of Paul: “be imitators of me, just as I am also of Christ.” [1Cor 11:1]

Ezra could have despaired and worried that on this long trek they would be a prime target to the bandits hiding in the mountains that often accosted and robbed travelers. Yet, Ezra had already bathed this trek in prayer and he had seen God paving the way by turning the heart of King Artaxerxes. This ruthless king had opened the treasures of the Temple and entrusted them to Ezra.  God has done the same for us. He has opened his treasures and entrusted them to us that we might carry them to the world. What are we waiting for? The world is crying out to hear the gospel and we hold that treasure in our hands. 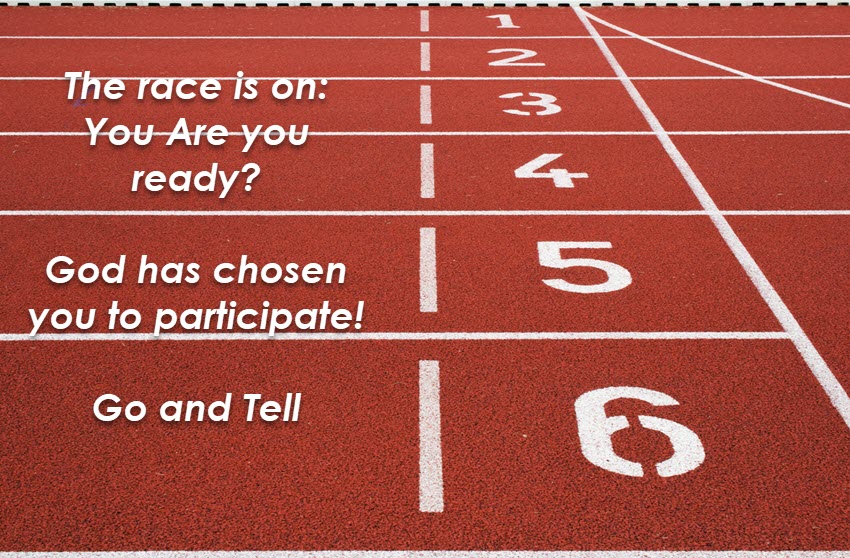 Get in the Race! The world is hungering to hear the good news!