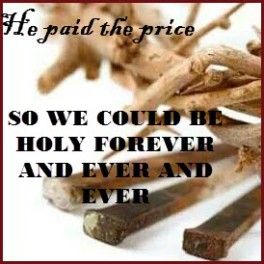 Peter has spent an entire chapter grabbing our attention as to who we are in Christ. We who have chosen Christ are now the chosen of Him. He who was called to be our sacrifice now calls us to feed, shepherd, and tend His flock. He who was elected to stand in our place now places upon us the mark of election that we may know without a shadow of doubt that we are His forever and ever and ever. We are sealed and engraved, impressed deeply on the nail pierced palms.

Therefore, as living stones and as His elected ones we have the mighty position as a chosen race, a royal priesthood, a holy nation, a people of his own for the task set before us: to go and proclaim the virtues of the one who called us out of darkness into his marvelous light. We are now aligned perfectly with our Cornerstone. And it all began because of His great mercy poured out upon us.

To be adequately prepared for our task Peter says that this is an honor only bestowed upon those who have believe in the Cornerstone. The mandate is clear: be holy as He is holy. Our first duty is to be fed from the Living Water and the Bread of Life so that we may grow and offer spiritual sacrifices that are acceptable to God through Jesus Christ.

Do you have an appetite for the Bread of Life? Do you seek to be refreshed with the Living Water? Today prayerfully ask God to give you a hunger and a thirst for His Word that is pure, refreshing and life giving and only offered to those who are the chosen, called, and elected living stones.