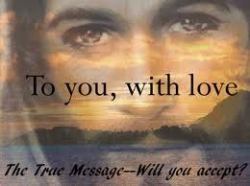 The Apostle Matthew introduced us to the genealogical record of our Messiah in chapter 1. At the end of that chapter we know that two times the angel of the Lord came to righteous Joseph to lead and protect the divine conceived Messiah in Mary’s womb. In chapter 2 we see once again his immediate obedience. Joseph is a role model for all of us who seek to be obedient to Messiah.

Matthew wants us to focus in on one thing: the OT prophecies were inspired, true, and fulfilled “right on schedule.”  First note the timing—King Herod is the ruler of Palestine from 37BC to when he died 4BC. Also, it was at this time that the census was ordered according to Dr. Luke in chapter 2. Secondly, note the  geographical location, Bethlehem of Judea or Judah. Thus Christ, as we noted in chapter 1, had not only the legal right of inheritance to the throne of David but he was born in that province to therefore claim it.  Thirdly Matthew as a master researcher listed three sets of people and their reactions.

The Magi. Coming to Jerusalem from the east, which would thus give us the clue as to their ethnicity: Gentiles. Gentiles were “dogs” to the Jews, if we remember from our study of Jewish history. Thus the populace were alarmed.

“King” Herod, thus noted here but after this never noted as “king.” He ruled by fear and brutality. He was a half-Jew, Idumean or Edomite by birth. His ancestry line was from Esau who hated Jacob. Just as Pharaoh sought to eradicate the Jews through infanticide, so did Herod.  Our newspapers and blogs are filled with the numbers of abortions. Infanticide has been the enemy’s tool and is even today.

The religious leaders were apathetic even with the scriptures before them. They knew the scriptures  to the last detail about the birth of the Christ but beyond this did nothing. Matthew is showing us that to just know the scriptures is not enough, we must act upon them.

What are the lessons Matthew wants us to glean?

Today the question is before us: how have you responded to the evidence before you? Is Jesus the Messiah and if yes, are you following Him?