John 18 – Three times Jesus in the Garden Jesus answered: “I AM he.” Judas heard it, the soldiers heard it and the outwardly religious but inwardly hard-hearted High Priest Caiaphas heard it. All are without excuse. Caiaphas added to that: “You do not realize that it is more to your advantage to have one man to die for the people than for the whole nation to perish.” [John 11] Jesus spoke about the Caiaphas’ of this world: “You study the scriptures thoroughly because you think in them you possess eternal life, and it is these same scriptures that testify about me.” [Joh 5:39 & John 18] Like the Caiaphas’ of this world, the heart will remain hard unless the Holy Spirit pierces it. Pray that your heart is soft to the calling of God.

Caiaphas was privileged as High Priest to lead the nation to God, yet ironically, he had easily put aside the commandment “thou shalt not kill” because Jesus was a stumbling block to his goal of remaining in that role. God allowed the hard-hearted Caiaphas to fulfill his plan; “For this is the way God loved the world: He gave his one and only Son so that everyone who believes in him will not perish but have eternal life.” [John 3:16] The scripture reveals that hard-hearted men like Caiaphas will one day bow and confess that Jesus Christ is Lord to the glory of God the Father. [Phil 2]

Truth: One’s “mouth speaks from what fills his heart. [Luk 6:45] Be sure your heart is filled with the truth of the I AM HE! 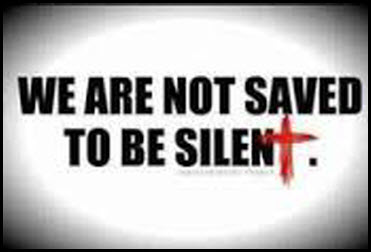 The high priest of Israel, Caiaphas, had prophesied; “it is expedient for you that one man die for the people, and that the whole nation not perish.”  Yet as Caiaphas prophesied these words he had not known that before him, sat at least one who had become a secret believer. Joseph of Arimathea was a good and righteous man waiting for the kingdom of God and had not consented to the plan of the council to condemn Jesus.

We wonder why Joseph did not stand up and then recall the story of the blind man in John 9 who felt the wrath of the Sanhedrin for challenging their stand against Jesus. His sentence was to be cast out of the synagogue. Perhaps, Joseph was witness to that act and out of fear he was silent.  But, now after Jesus had breathed his last, he “gathered up courage and went in before Pilate, and asked for the body of Jesus.” This Joseph was joined by Nicodemus, The Teacher of Israel who had come to Jesus at night. Together they lovingly anointed his body with spices, wrapped it in a linen cloth and laid him in the tomb of Joseph.

And where were the disciples who had boldly pronounced their fidelity? They now were the secret believers locked in an upper room. Their false courage was now seen as cowardice.

We all are given opportunities to stand for Jesus. Will we be courageous or silent?